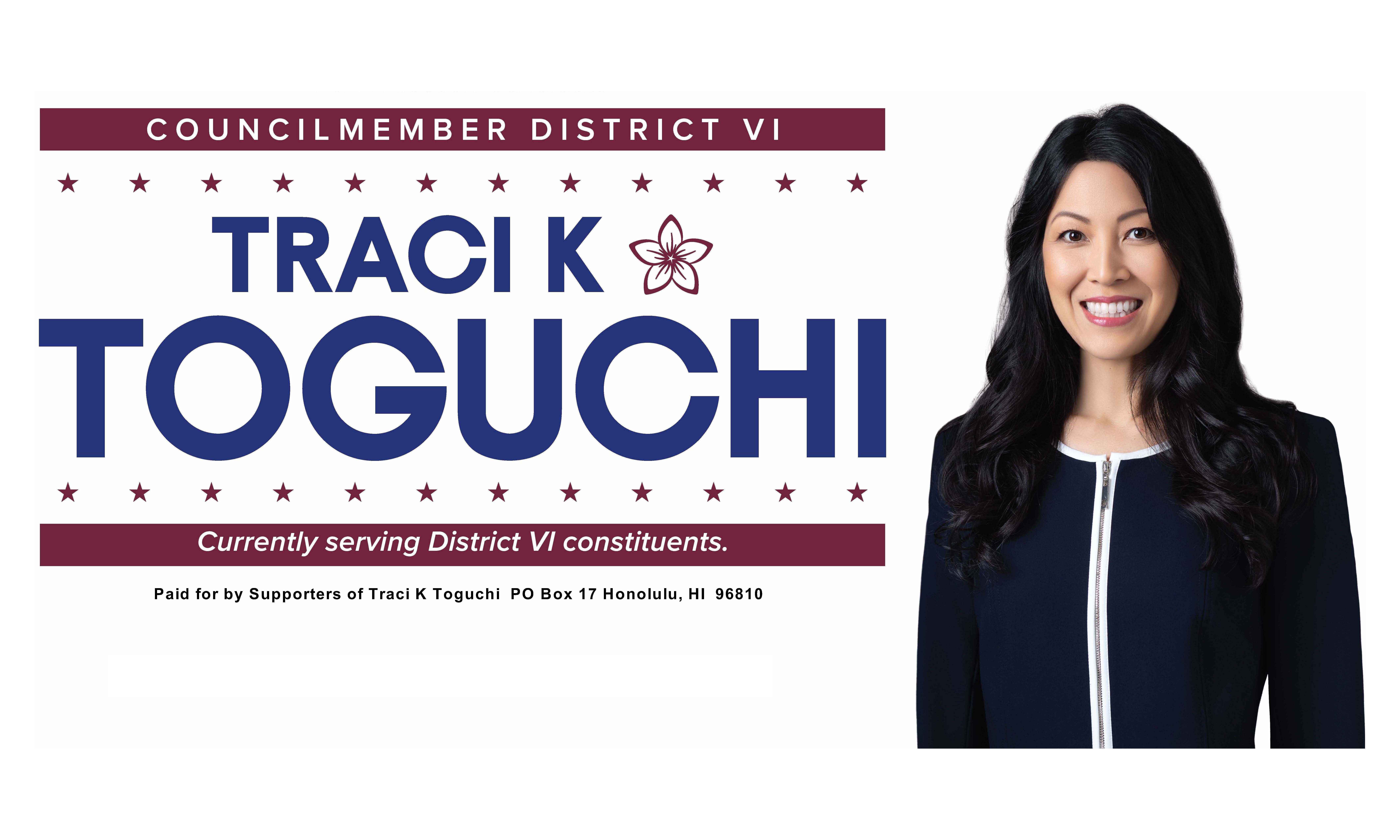 Happy Thanksgiving to each of you with so much to be thankful for—since the General Election, I continue to be blessed with outpourings of support and encouragement. Thank you so much to Honolulu City Council District VI constituents who placed their votes of trust and confidence in me, and amazing volunteers for going above and beyond to help me be able to garner such support! You made this first-time experience for me an incredible monumental effort since I pulled/filed papers to run in late April/early May. It truly is the grace of God.

On the morning of Veterans Day, I called and congratulated Councilmember-Elect Tyler Dos Santos-Tam on a successful campaign. I told him I only want everything good for him. We spoke about shared issues of concern that are aligned for this district.

Thank you again to each of you on this beautiful and blessed Thanksgiving Day!

About the video clips: Grateful to Jon Paul Akeo for filming these clips of “Got to Be Real” performed with an incredible lineup of outstanding musicians: Zanuck Lindsey (guitar), Gil Farias (bass), John Loo (keyboards), and Paul Nishimoto (drums). Thank you also to District VI constituents, as well as other incredible volunteers for taking the time to come out to this/my Community Meet and Greet in October. 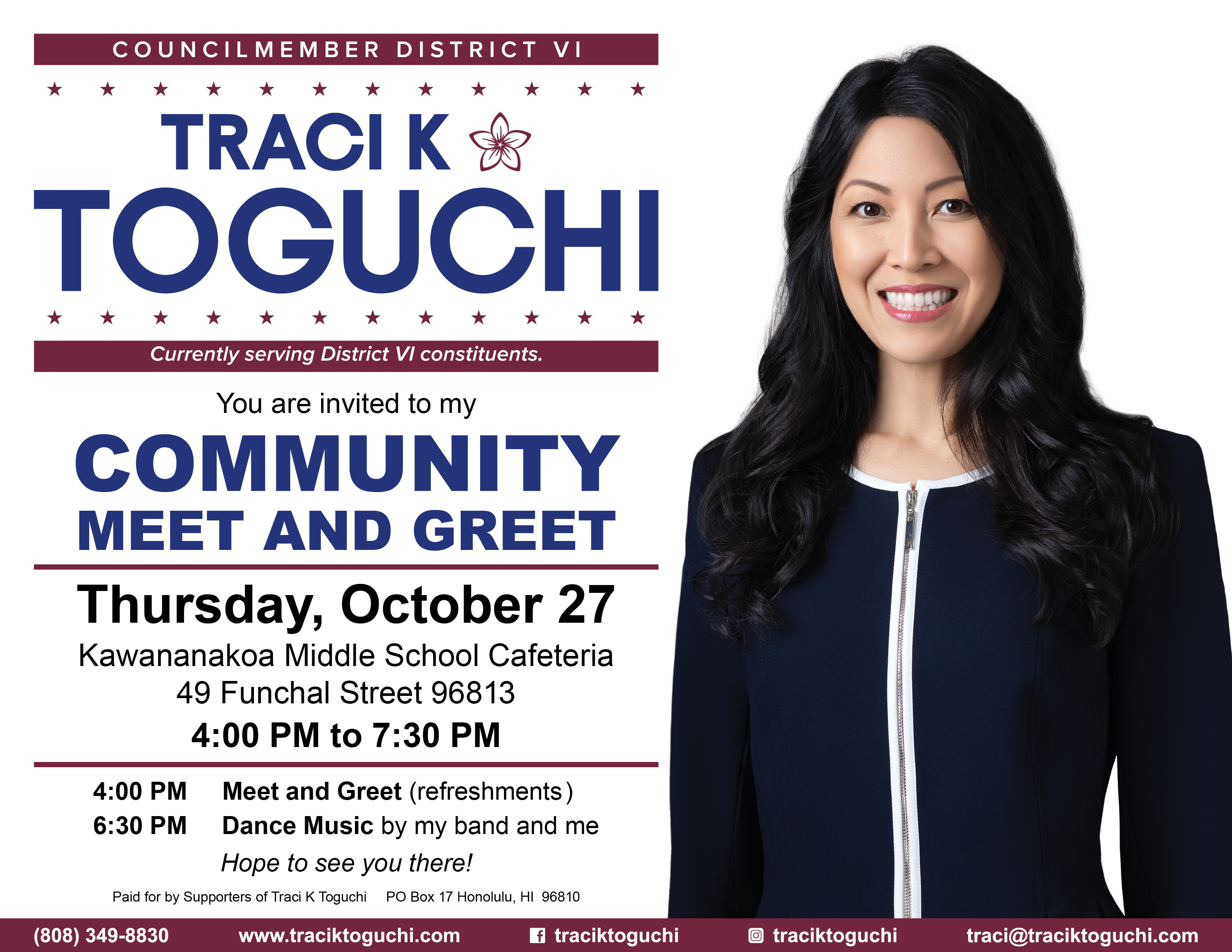 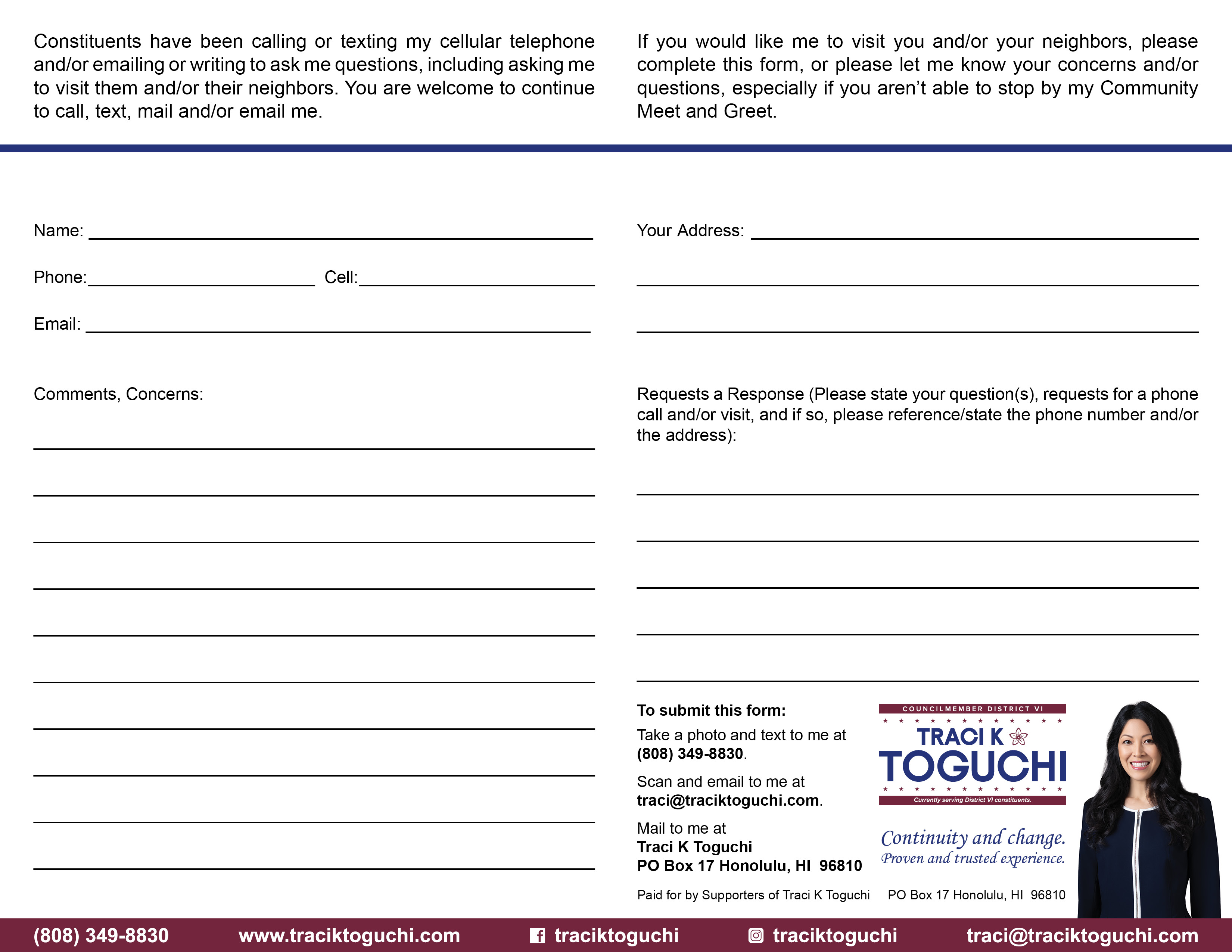 Thank you so much, District VI constituents!

As Legislative Analyst for this District VI office, thank you so much to many District VI constituents who expressed their support of me to serve as their Councilmember. To the many constituents I have not yet met, I look forward to meeting and talking with you!

All of this would not have been possible without the tireless help and support of my parents, family and friends and campaign team, including wise counsel, and supporters who have helped me campaign through volunteering, contributions, and encouragement since I pulled/filed papers to run for this seat in late April/early May.

Thank you also to the other candidates in this race, including their supporters. I deeply appreciate the love and concern we share for this District, and hope to work together to help the people of this District.

As we head to the General Election, I look forward to continuing to hear from and work with the constituents and stakeholders of this District to help make it a safer and better place to live.

I humbly ask for your vote in the November 8, 2022 General Election.

“Traci has been the go-to-person with a proven track record of hard work in helping to resolve the many challenging City issues in my area. Traci’s resume shows she is the most qualified candidate for our District VI Council seat.”

“I’m not very political, but I have to say I’m very thankful for everything Traci Toguchi has done for my family and community. I wrote countless letters to various city and state agencies for assistance with a safety concern at a crosswalk in my neighborhood. No one ever responded or took any action. It was only after bringing this issue to Traci… Carol Fukunaga’s aide that our issue was resolved. I am forever grateful for her help and proud to put up my FIRST political sign at our house. VOTE FOR TRACI TOGUCHI... !

“Traci has been a God-send. Regarding a noise issue, she was persistent, consistent, had a sincere concern about our living conditions, and got the issue resolved. She researched, followed up, talked with the City Department of Planning and Permitting, HPD, etc. She’s very detail-oriented. It took a while, but she was persistent. She’s on our side. She helped make life livable.”

“After much deliberation and vetting of the issues most pressing in our neighborhood, I think Traci Toguchi is the best candidate to replace Council Member Carol Fukunaga… [who] is terming out… The great news about Traci is that she is aware of the Pacific Heights Road concerns such as traffic safety, crime and Monster Houses. In fact, she has worked on these issues as a member of CM Fukunaga’s staff over the past few years. I first met Traci over 20 years ago on the movie set of the independent film Picture Bride, the award winning story of… many AJA plantation workers... She is talented, hardworking and bright to say the least.”

Honolulu City Councilmember Candidacy Announcement Miss Hawaii 75th Anniversary Congratulations: Congratulatory video and update since serving as Miss Hawaii 1995 to serving the City and County of Honolulu as Legislative Analyst for Councilmember District VI, the office for which I am now running to serve as its Councilmember.